The year was 2008. Millions of lives and trillions of dollars were at stake. An old man’s entire life savings, a young and hardworking couples’ new house, a young lad’s tuition expense and job prospects were all being devoured by the government. Poor suffered while the rich were being “bailed out”! The citizens of the so-called democratic nations were just another puppets dancing to the tunes of their masters.

Very few realize that the power to create money itself has effectively taken away any other democratic rights that we hold.

However, one person [or a group of them] did realize this quite early and he [or they] provided a solution to snatch away this power from the government and give it to nobody or rather everybody. We call it Bitcoin/Cryptocurrency today and the person [or the group] is called Satoshi Nakamoto.

Welcome to this first article on Cryptocurrencies/Blockchain. I suppose you’re either an investor or a developer or simply both! In this first part, I would like to give some background about a very simple yet highly misunderstood concept - It’s called Money!

A brief history of Money

The first form of transactions to ever happen weren’t done with Dollar, Sterling or Pound bills but probably with bones, meat, leather, stones or grains. Barter system formed the very first concept of transactions in the human history. However, this was difficult as each person had to have a thing that the other person wanted and was ready to exchange for it. Such a system was not productive for a healthy development of the economy and hence there was a need for something that could store the value of a person’s hard work, something that had an economic and intrinsic value, something that could be easily exchanged, something that would be divisible and fungible so that it could be measured and traded as per one’s necessity. This is why we invented Money. A lot of contenders came and were overthrown, however, some of them persisted and are still valuable today - precious metals - Gold and Silver being the top of them.

Gold and Silver had all the above-mentioned properties and quickly became the common mode of transactions. However, it had one problem. Carrying too many Gold/Silver coins was not easy as they are dense and heavy metals. So people started handing it over to Goldsmiths who would store and protect gold in exchange for a promissory receipt [and ofcourse for some additional charge]. The convenience provided by this was immense. People did not have to worry about carrying heavy piles of coins nor worry about its security. Very soon, people started exchanging the receipts rather than actual Gold/Silver and this was the birth of “Paper-based money” and the first bankers - The Goldsmiths.

These bankers soon realized that the amount of Gold withdrawn by their owner was very less compared to the amount of Gold that was deposited and people were really content with exchanging the “promissory receipts” as it was very much convenient. Seeing this they realized they could just make more receipts than the actual Gold that it has. It was a clever scheme to make them rich at the cost of others - i.e if there were 100 receipts earlier backing X amount of Gold then the price of Gold per unit would be 100/X, but now the Goldsmiths just printed fake promissory notes and insidiously injected into the economy. So technically the price of the Gold would be 200/X. I,e it has doubled too. Of course, it will happen very gradually as the fake notes would gain entry into the system.

If the above story sounded a bit unrealistic then I would like you to try and find answers for these questions.

Today’s banks work on a fractional reserve system, which says that a bank can loan out certain times more than the actual cash that they have. As discussed above such a system is prone to abuse and would eventually collapse, sinking everyone else with it. The power to create value / to create “money” should not rest in the hands of few but in the hands of all!

Now that you understand the problems faced by our monetary system and its source, the next obvious question would be - How can we ensure that the financial institutes, the government, and the central banks don’t abuse the powers vested upon them? One solution is to enforce a stringent monetary policy like “Bretton Woods System”, this part is easy but the difficult part is to ensure that this policy is strictly adhered to. Such regulations rely on trust and you see trust and faith are not absolute but rather quite floating these days. 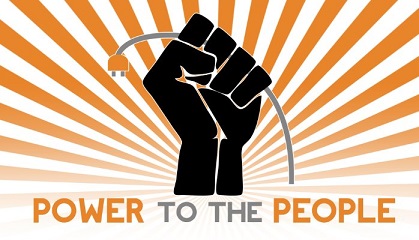 So now coming to the last part of this post, what if I told you that we could have a system where nobody - be it Government, Central Bank, Big corporations - absolutely nobody can manipulate the monetary system. This system grows and develops by overall consensus of the society. It fosters trade, partnership and everything you could imagine in a regular world to be done without having to trust the other parties, without having the overhead of legal contracts and securities etc. The word trust is never used in this system as there is no need to trust any central authority! It might sound too good to be true, but don’t worry all of that will be clear in the second post where we get pretty technical and explore the fundamentals of the first cryptocurrency - Bitcoin and it’s underlying technology - blockchain!

The cryptocurrency market is under wild speculation now. This article is not aimed at providing any investment tips but rather understand the technology and its impact on the financial markets.